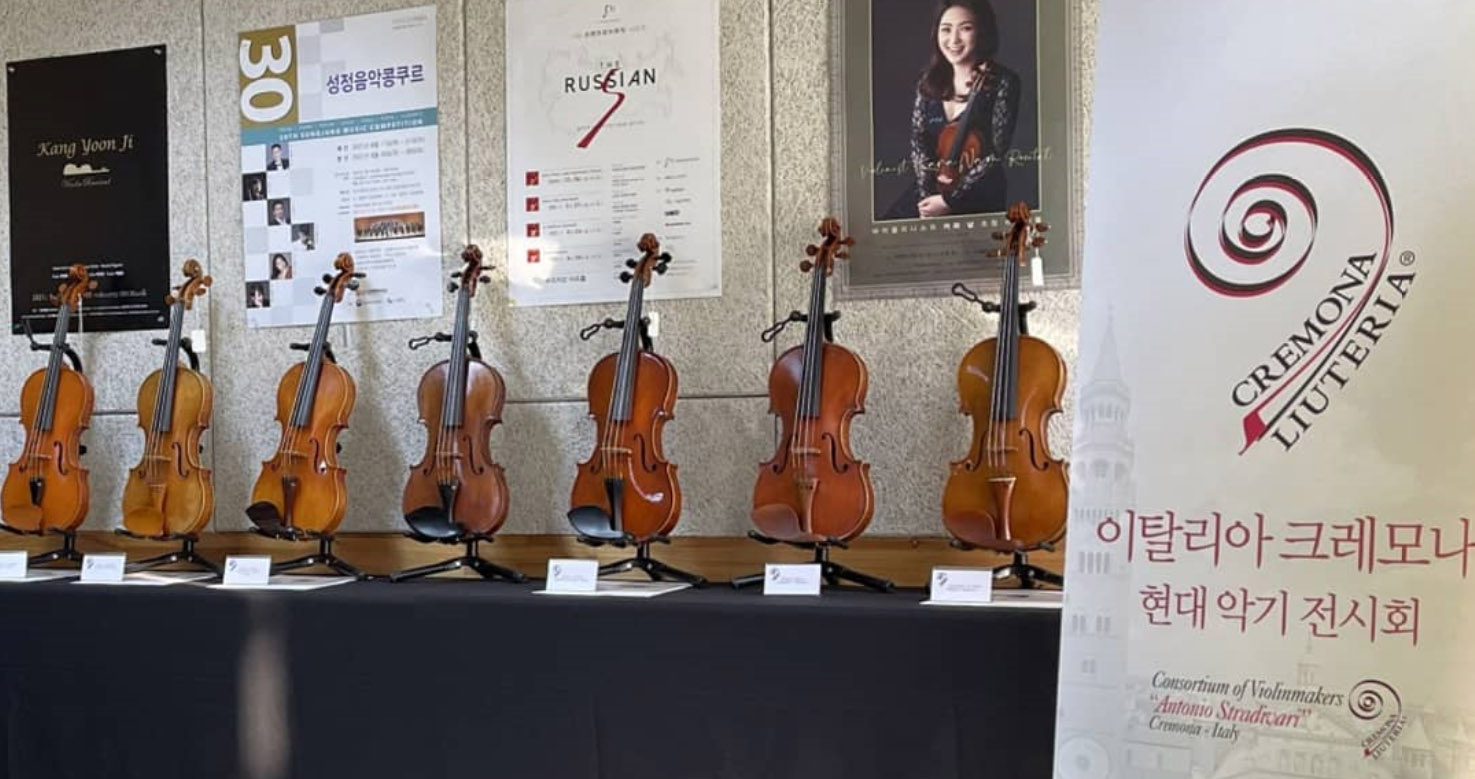 The Cremonese lutherie arrives in South Korea for a traveling exhibition organized by the Consorzio Liutai Antonio Stradivari.

The Consorzio brought the hand-made instruments from the violin city's master luthiers to five locations over a month and a half. First stop Seoul (May 22-25), and then Kwangju, Jeju, Daegu, and finally Busan (July 7-9).

A great opportunity to make the Cremonese masterpieces even more known in a country that historically loves music, Italy and our artisan know-how.

The initiative is also supported by Mondomusica, which confirms its commitment to supporting Cremonese violin making and its expansion. A commitment that culminates in the three days of the Cremona Musica fair, but which lasts 365 days a year.