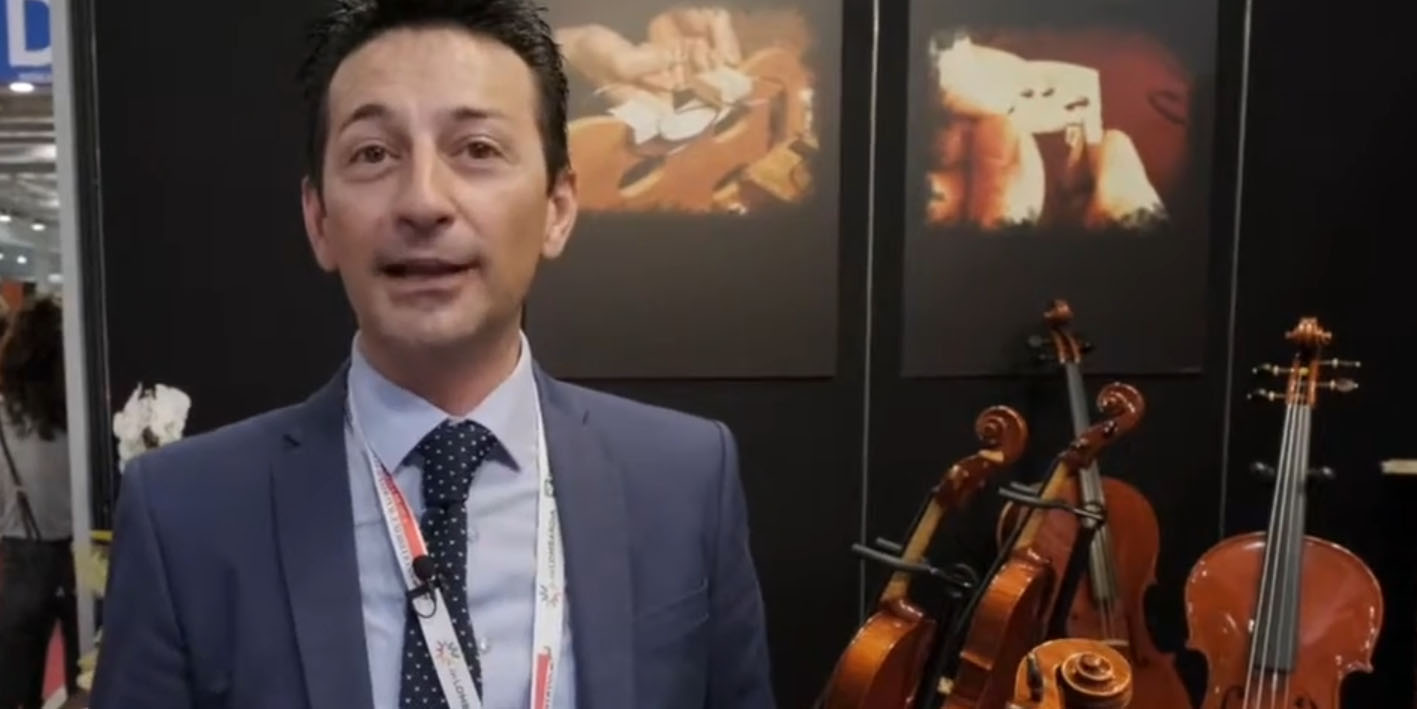 Lutherie and the art of teaching: interview with Angelo Sperzaga

An unexpected discovery and love at first sight: this is how Angelo Sperzaga (54, from Cremona) came into contact with the world of lutherie, a world that today sees him in the forefront as a craftsman and as a teacher. Two equally challenging roads, apparently distant but in reality strictly interconnected.

Maestro Sperzaga, how did you approach the world of violin making?

It all happened thanks to my art history teacher in middle school: rather than keeping us always bent over books, he liked to take us around Cremona to visit and historic buildings, churches, libraries... One day he took us to visit the violin making school, and an unknown world opened up for me. It was a real shock: from that moment on, I had no doubts about what my choice would be. I attended the school immediately after the eighth grade, and so I was able to start my business at just over 20, also collecting prizes and awards in exhibitions and competitions.

Then came the teaching ...

After 10 years of profession I was called to teach at the school that had trained me. A great challenge, which forced me to get back into the game and which I accepted with enthusiasm: after gaining a high school diploma privately at 40 and qualifying as a teacher, in 2016 I finally moved to tenure and have been Vice Principal of the School for six years. This world also fascinated me immediately: I think I was able to effectively take it on alongside the activity of the workshop, although my presence at international exhibitions has obviously been reduced.

Do you think Cremona still represents an international reference point for lutherie training?

Absolutely. 80 percent of our students come from abroad, which already testifies to the international value of our diploma - which, in my opinion, has been further strengthened in the last 20 years. That of our School is a role of great responsibility also because we are at the forefront of the training process: 14-year-olds come to us, who therefore also need a well-rounded cultural education. But compared to when I was a student, in the Eighties, the training scope has greatly expanded and the opportunities have grown; there are also different paths, you can specialize in maintenance, for example. Our graduates immediately find a place in the workshops of established masters from all over the world and soon find themselves getting their hands on instruments of great value.

What are the numbers of the school?

Without counting the parenthesis of Covid, which has mainly reduced the Asian presences, in recent years we have stabilized at a total of about 150-170 students. Those of school age are not very many, also due to the lack of a boarding school in Cremona: many who are interested are waiting to get their hands on a diploma. We also offer language courses for foreign students. Dealing with students from all over the world really represents a continuous exchange and enrichment, and it is nice to meet each other again years later.

As a veteran of Cremona Musica, how did you see the relationship between violin making and the fair evolve?

I will first say that I am a big fan of Cremona Musica, I think I have never skipped an edition: I remember the very first years, when I did not yet have my own dedicated space and I could just afford a display case with two instruments, a table and two chairs. Although now, also given my commitments at school, it is difficult for me to participate in many fairs abroad, in Cremona I have never given up. What I saw significantly change was the public: the target has progressively narrowed and specialized, and this I think is good – in the first years, Sunday was like being at the stadium, with kids playing ball and trying to pluck the strings [laughs]. There were large numbers, of course, but now there is a greater opportunity to make useful contacts. Then it is up to the good luthier to turn these contacts into sales, and into loyal customers.

This is a unique opportunity for the world of violin making, and for Cremona in particular...

Absolutely. Not everyone sees it in the same way, of course: there are always those who try to run on their own, but exploit the public and the visibility of the fair - without realizing that, should it close, small parallel exhibitions would hardly have a chance to survive. But we would also lose the comparison, as ruthless as it is precious, with the best instruments that come from all over the world: it is a priceless opportunity to see live how the market is moving, to understand what is happening in Europe, the United States and the Far East. It is an investment, of course, but the opportunities are many and increasingly rich - think of the recent introduction of speed dates, capable of reaching a huge audience.

Is there a direct link between the fair and the world of education?

Sure, and it's an ever closer bond. In recent years I have brought many young people to the exhibition for a school-work project; once, in fact, as part of a twinning with the Sassari high school, we took 40 kids to Cremona Musica for free. The organization is always very careful about these aspects – as, indeed, about everything else.