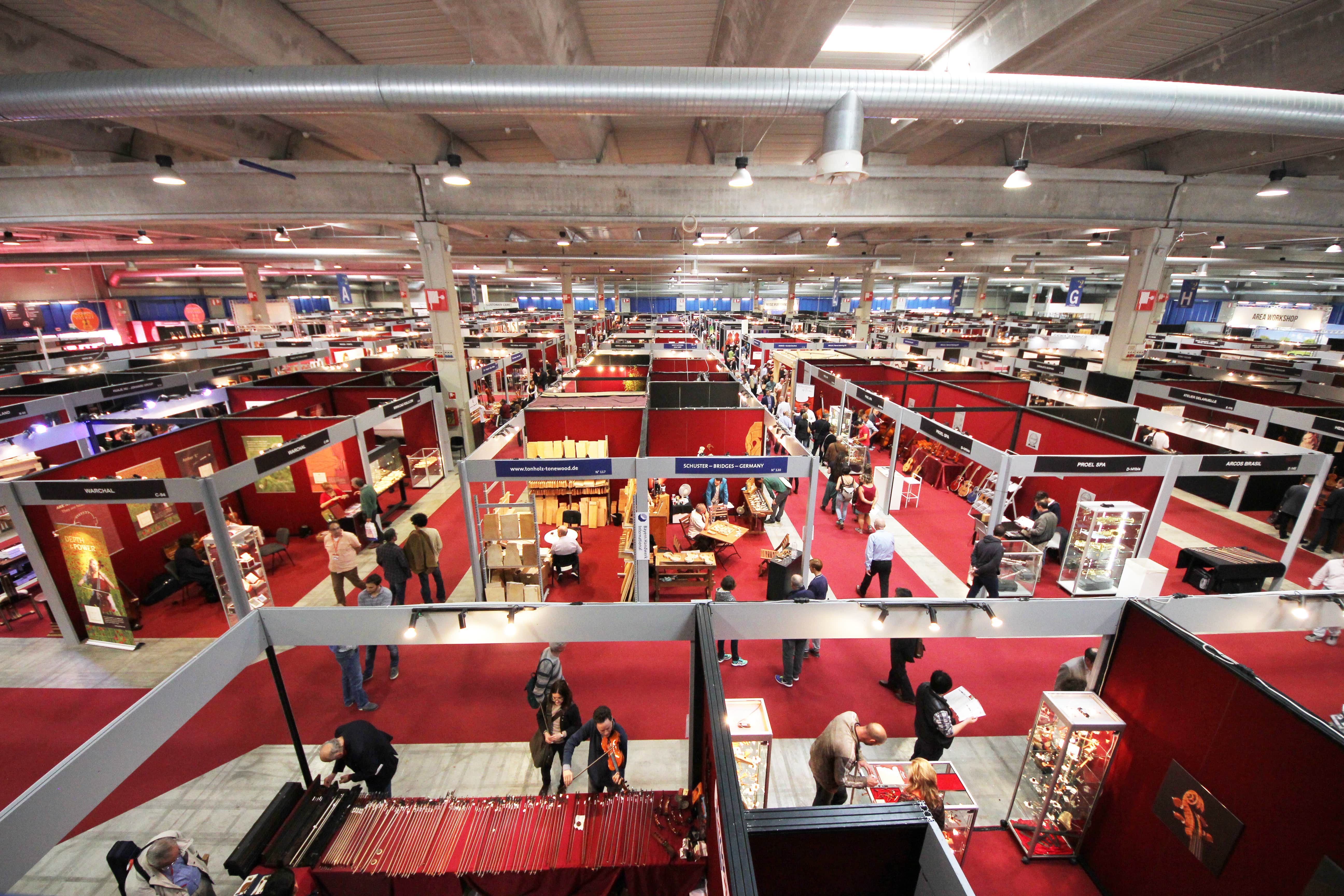 Cremona Musica 2022, the presentation of the calendar of events

The preview of the program of the events of the new edition of the Cremonese exhibition has been presented, with many events downtown.

With less than three months to go before its inauguration, Cremona Musica 2022, the world's leading exhibition for high-quality musical instruments and the only trade fair in the sector in Europe, presents a preview of the program of events that will take place between 23 and 25 September both at the exhibition center and in other suggestive locations in the historic center of the city, also thanks to the synergy with local institutions, including the Municipality, the Chamber of Commerce and trade associations.

In the three days of Cremona Musica, the Cremona exhibition center will host over one hundred appointments including concerts, recitals, competitions, exhibitions, presentations and masterclasses, with special live events that will also be held in prestigious city locations: at the Ponchielli Theater, at the Auditorium G Arvedi of the Violin Museum, in the courtyard of Palazzo Affaitati and in the courtyard of Federico II, right in front of the Piazza del Comune, further confirming the uniqueness of the event.

The preview of the program - being constantly updated - can be read here:
http://events.cremonamusica.com

The unique and evocative setting of the city center will see numerous locations involved: the Auditorium G. Arvedi will host the presentation of the documentary on the legendary American luthier John Monteleone on Friday 23 September, who will be awarded the Cremona Musica Award during the evening and will also be present at the fair for a series of masterclasses.

On 24 September, again at the G. Arvedi Auditorium, a concert will be held dedicated to two great Polish composers: Fryderyk Chopin and Henryk Wieniawski. The violinist Agata Szymczewska (previous winner of the Wieniawski Competition) will play pieces by Wienaski for violin and piano (accompanied by Witold Szymczewski) and the Spanish pianist Martin Garcia Marcia (winner of the third prize at the Chopin 2021 Competition), will play music by Chopin. The evening will also include the awarding of the Cremona Musica Award in the communication category, for the XVIII Chopin Prize, to Artur Sklener, President of the Chopin Institute, and Aleksander Laskowski, communication director of the Chopin Prize.

On 24 September, the Ponchielli Theater will host the final of the third edition of the Pianolink International Amateurs Competition, the competition dedicated to the best amateur pianists from all over the world, who will perform in front of an international jury composed by Olga Kern, Vovka Ashkenazy, Anna Kravtchenko, Enrica Ciccarelli and Jed Distler.

Cremona Musica Downtown will bring lots of live music to the city center with the evening concert, to be held on September 24 in the Federico II Courtyard, with Carlo Aonzo, Mike Marshall, Andrea Tarquini, Ukulollo, Paul Moore, Luca Zanetti & Paola Torsi, Charango Session - and a full day of live music dedicated to young emerging musicians and bands on 25 September in the courtyard of Palazzo Affaitati.

As usual, the exhibition center will host hundreds of artists and music stars. Concerts are already scheduled for the world of strings with, among others, Emma Arizza, Yulia Berinskaya, Gli Archi di Cremona, Anna Serova, the SyLF quartet, Agata Szymczewska and the seminar of the famous Simon Fischer, dedicated to the principles of sound production in stringed instruments organized in collaboration with Esta Italia and the Cremona Chamber of Commerce.

The Acoustic Guitar Village will host three days of non-stop live music on the large stages of the fair's garden, with the competitions "Corde & Voci d'Autore", dedicated to songwriter guitarists, and "New Sound of Acoustic Music", dedicated to fingerstyle guitarists and acoustic bands, the IX Italian Bluegrass Meeting - with special guest the American mandolinist Mike Marshall - and "Corde & Voci d'autore", the series featuring songwriter guitarists (with Chiara Ragnini, Meccanismi Armonici, Steve Saluto, Andrea Tarquini, Antonio Lombardi Trio, Acoustic Cage). Special sections will also be dedicated to other stringed instruments, such as the mandolin (with the numerous events of "Cremona Mandolini in Mostra", coordinated by maestro Carlo Aonzo and luthier Lorenzo Frignani), the ukulele and the charango.

Lots of popular music and in-depth cultural events will fill the spaces of the Accordion Show, the area dedicated to the accordion, which will host exhibitions, conferences, concerts and special events, including a great tribute to Wolmer Beltrami for the 100th anniversary of the birth of one of the most influential accordionists of the last century.

Cremona Winds, the area dedicated to winds, will host the masterclasses of saxophonist Chris Collins and clarinetist Milan Řeřicha. There will be round tables with international guests, dedicated to the new perspectives of teaching, production and dissemination of music.