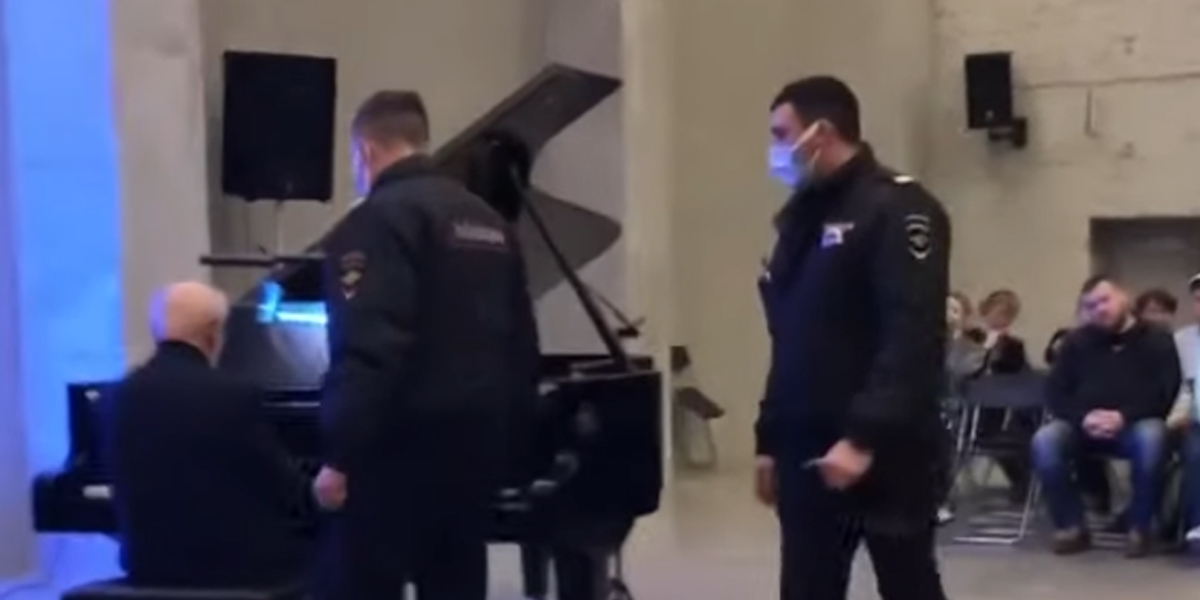 The story behind the concert interrupted by police in Moscow

Last week Alexei Lubimov’s and Yana Ivanilova’s concert in Moscow was interrupted by the Police because of the music that was being played. As you might have seen in a video that become viral on the internet, the artists had just performed a piece by the Ukrainian composer Valentyn Silvestrov, who spoke against Putin and the war. Despite the pieces performed were not political and the concert was introduced without any reference to politics, the performance was interrupted.

“We performed “Steps” with great success. Then we began the second part, with the Schubert Impromptus, which were supposed to be followed by Schubert songs. But during the end of the first Impromptu, the policeman came into the hall, and announced loudly, “You have to leave the hall, because we have to check for a bomb. There’s been a bomb threat.”

I immediately understood that this was a provocation and that it was fake. So I continued to play, going into the second Impromptu. And the police were waiting at the entrance of the hall. But after four minutes, they came up to me at the piano. I was worried that they would close the piano, but they didn’t. When I finished, there was great applause, and cries of “Bravo!” and so on.

They said we had to stop. I asked why. They explained again that there was probably a bomb, and that they were waiting for the bomb-sniffing dogs to arrive. I asked how long it would take. They said 15 minutes. So I told the audience, “Please, let’s follow the procedure. We’ll stop for 15 minutes.” Everybody understood immediately: There were no protests, no political statements. It was absolutely quiet and polite.

We left the hall, but we couldn’t go back inside. The bomb-sniffing dogs didn’t come until two hours later. The police said they were just following orders, and they obviously didn’t know the music or why they had these orders. But it was immediately obvious to us that they wanted to stop the concert because Silvestrov had spoken clearly about the war and Putin’s dictatorship in interviews. The authorities probably recognized the name: “Silvestrov means you’re against Putin and against the war.” They probably thought his name was a dangerous anti-war symbol”.