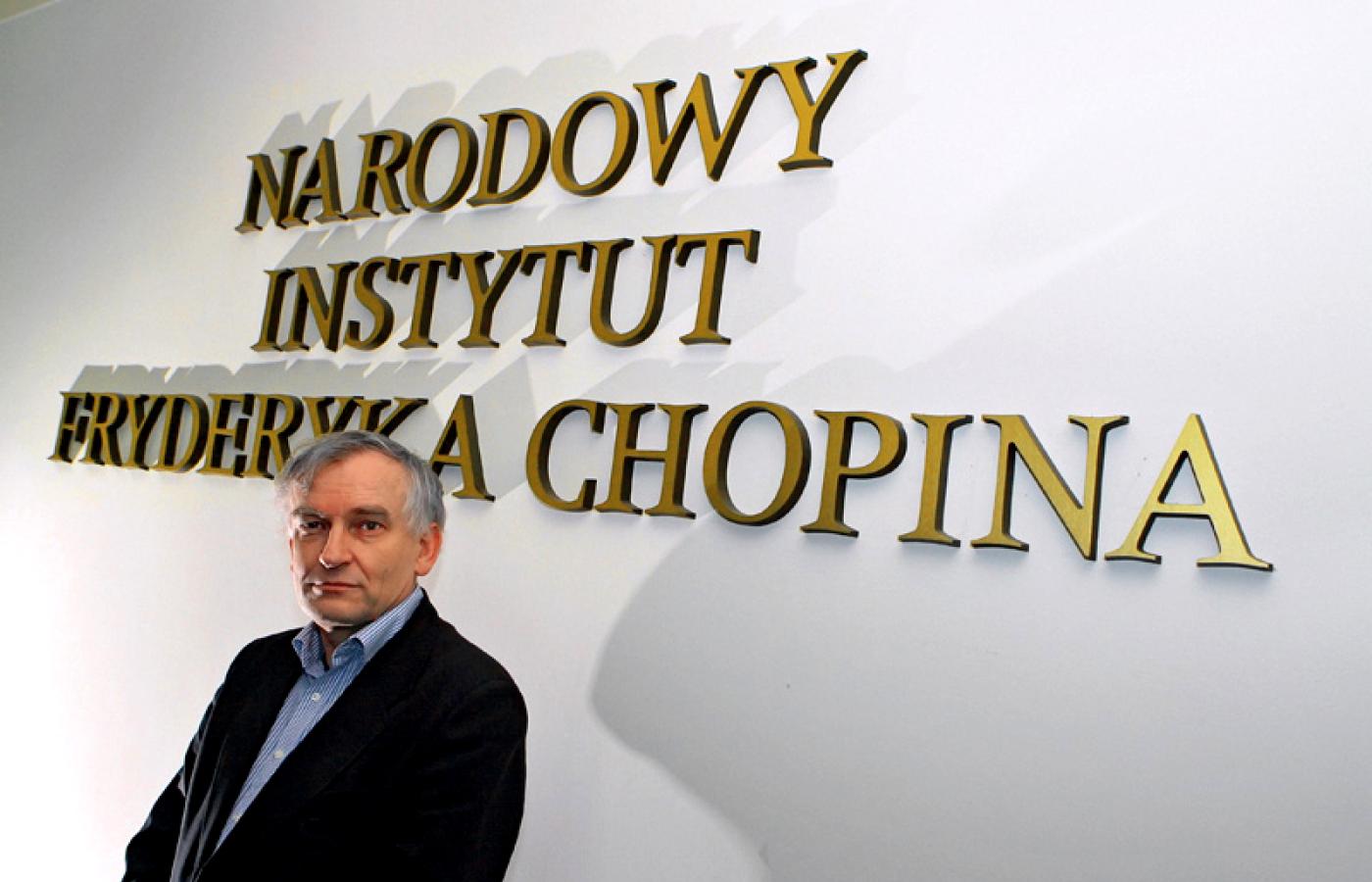 Why is Chopin still important and significant today, more than two centuries after his birth? Why is it still relevant, and why does playing Chopin mean sending a message to the audience? To discuss these topics, we interviewed the artistic director of the festival Chopin and His Europe, at the Chopin Institute di Varsavia, Stanisław Leszczyński.

What message do you want to share with the audience during this Chopin and His Europe Festival?

The message is inscribed in the title of the Festival. We want to present a possibly broad context of Fryderyk Chopin’s creation: what has inspired him and how he inspired future generations of composers, and musicians. What was his influence on Europe of his time – and how it influence him. It is a fascinating theme, and source of ideas, which is, so it seems, never to extinguish. Chopin was a phenomenon. He was a genius. Brought up in Warsaw, the idiom of Polish culture was deeply imprinted in his soul. On the other hand, he was a true European citizen, being part of it’s cultural heritage in a very deep sense. He received an excellent education in Warsaw, he was moving in high society here, so when he went to Paris he was absolutely ready to make a career and join the most prominent artists of his time. We have to also have in mind how special a personality he was. The Festival tries also to capture the “uniqueness” of him as a human being.

Chopin’s spirit is without a doubt present in contemporary Europe. I dare say he had a significant impact on Europe’s cultural heritage. He influenced so much the musical language… there wouldn’t be Debussy’s Preludes if there haven’t been Chopin’s Preludes before. And this is just a simple example…

What meaning has this Festival for the Poles and what it leave to them?

It is very important to imagine your listeners. There are many different arts of listeners, our audience – as in so many cases all over the world – is very complex. There are music lovers with great knowledge and those, who come for the first time to a concert hall. There are people who come because of the artists and – because of the program. Professionals and tourists, young and older ones… the variety is huge. The Festival has a very carefully overthought program and consequently realizes ideas about it. At the same time, I try to make the artistic offer so diverse, that practically everyone will find something for himself. But it is important to understand the difference between making an interesting and diverse program and trying to please everyone. Now we are – not only in Warsaw, in Poland, but generally I have the feeling all over the world – in a quite difficult moment for the culture. For once because of the pandemic – that is obvious. But also, because we are in a moment of transition, with huge changes in cultural life. People’s sensitivity changes, their expectations, and their perception. “High culture” seems to be in a specifically difficult situation - on the other hand, I have no doubt it will survive because people will always need it. It enriches our lives like nothing else in this world.

You are the originator of the “International Chopin Competition on Period Instruments”, why do you think that is important to play on these historical pianos?

There is quite a long tradition of performing music from the past centuries on period instruments – instruments made in the time the specific piece was composed, or possibly good copies of such instruments. However, this refers mainly to truly early music, renaissance, baroque… When we prepared the first edition of the Chopin and His Europe Festival, in 2005, in our country romantic music was performed on period instruments only incidentally. Of course, there were personalities like John Eliot Gardiner and Frans Brüggen out there, who have explored this type of repertoire, and went in the direction of the 19th century, but only once be had the chance to touch this topic with Chopin: there was a recording of Emanuel Ax with the Orchestra of the Age of Enlightenment under Charles Mackerras – and there were some doubts about the clearness of the historical style… In 2005 I managed to convince the legendary Frans Brüggen to perform Chopin with his Orchestra of the Eighteenth Century. This was the start. Then more and more fantastic ensembles of international fame took to this music. So we went further: it was about convincing artists – top soloists and the best orchestras specializing in historical performing art – to play not only Chopin but also other Polish music. Thanks to that we had wonderful performances and have great recordings of works by Karol Kurpiński, Ignacy Feliks Dobrzyński, Franciszek Lessel, Juliusz Zarębski and Stanisław Moniuszko – to name just some… And it is not only about Polish music too. Gradually this way of performing 19th-century music became more and more popular – not only among the musicians but also among the audience. People became more and more interested in listening to such a way of performing, and began to appreciate it. It discloses new colors of music, new structures… a lot of things. At the same time, one has to remember that the historical way of performing has nothing to do with “a visit to the museum”. The idea isn’t to imitate something just for researching purposes for example but to really create rich, engaging music, using the instruments and knowledge we have about the past.

There are of course artists – pianists, but also other musicians – who are specializing in this type of performing, who have great knowledge and do it for years. But there are also such who have never before touched a period instrument, then discover it and fall in love and it opens a whole new chapter in their artistic career. I am proud to say we had some of the greatest pianists of our time performing for the first time on period instruments at our festival. Martha Argerich, Maria Joao Pires, Garrick Ohlsson… to name just a few. A fantastic encounter with period pianos, with great results as up for today, it was also for example for Nelson Goerner.

What role do hope and determination play in Chopin’s music?

Chopin’s music is extremely rich; he was a genius, who managed to include in it all the shades, colours, emotions of life… He managed to convey the deepest thoughts in the shortest masterpieces: for example Mazurkas or Nocturnes contain far more that some of the grand symphonic works we have in the world’s music. There are many questions around it, that cross our minds: “How did Chopin construct his pieces?”, “What kind of composer was he?”… he wasn’t just romantic. In a way he was classic. His music still grows with time – as opposite to Liszt’s music for example, who of course was a great composer, but he belonged absolutely to the romantic world, he didn’t have this discipline, character and incredible consequentiality in form that Chopin had.

We tend – especially in Poland – to focus on the nostalgic aspect of Chopin’s music. We underline his longing for his fatherland which he left at a young age never to return, for his family, for love possibly… of course these are just examples, samples so to say. However there is a very strong component of positive emotions too, I am convinced. There is the strength, the hope, if you like, the is the will to live and thrive… We cannot forget that Chopin had a great sense of humor too. We can find it in his letters, in his little drawings, in stories about him passed on by people who met him… He surely was a very interesting and bright personality.

Actuality of Chopin’s music in 2021. What is your opinion on that?

I always had the impression, that the “door” to artistic music is open for everyone, who wants to encounter it, however it will always remain closed for those, who see it as a one-dimension creation, but moreover for those without sensitivity. Without the will and need to discover the world, to reach out to other people, to search for beauty – and truly rejoice in finding it. Experiencing it. This counts for Chopin, as well as Bach, Beethoven, Shakespeare… We just have to be open and allow ourselves to be sensitive. Then we will find in Chopin messages about so many things in our lives and the world surrounding us. Because Chopin is actually touching all the most important themes and issues for human beings.

I believe this recognition becomes especially important in the so difficult time that was brought upon us by the pandemic. We are exposed to stress, fear and a lot of negative thoughts, while at the same being shut out from the social life that was giving us – even if we didn’t realize – support and comfort. Of course things are now not so drastic as for example one year ago, but we all know the world is very far from the normality we used to know. And in this time we have to find a lot in ourselves, inside out souls. Chopin tells us a lot about the human condition. But it is up to us how we encounter his music and what we take from it. “So far away, and yet so close…” – the title of this year’s festival wasn’t chosen by accident…