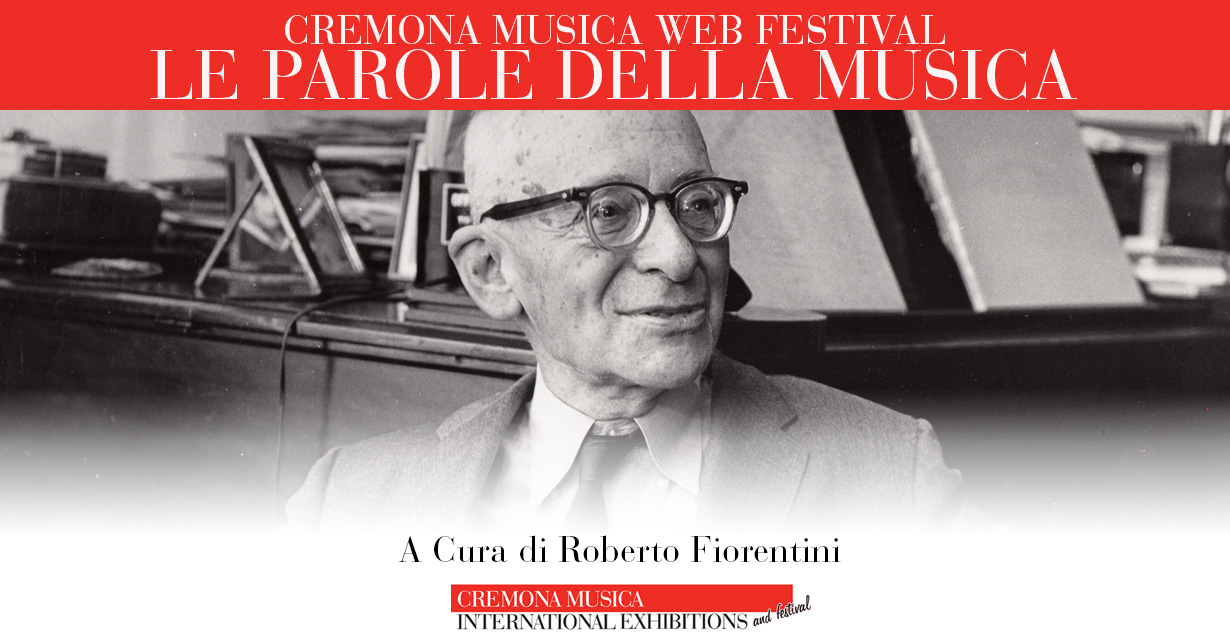 'The words of music', the new column of the Cremona Musica Web Festival

"Le Parole della Musica" (The words of music) is the new column of the Cremona Musica Web Festival, conceived to discover new stories and anecdotes on the world of music and of those who enliven it.

‘Le Parole della Musica’. When music becomes words to explain itself. To go beyond its sound. To involve more and more those who listen to it in its purest form. Words of composers. Words of musicians. Words of listeners. A common thread that connects the music, men, and instruments that enliven the virtual stage of the Cremona Musica Web Festival.

Anecdotes, stories, and reflections on this wonderful and intriguing universe; on its makers and demiurges. An intense journey following the path of those melodies that, through the web, arrive from all over the world and remind us that Cremona and Cremona Musica International Exhibitions and Festival remain the beating heart of the art of sounds. Words and sounds never stop. They still break down walls, even in this difficult period. The column is curated by Roberto Fiorentini.

Roberto Fiorentini, graduated in musicology and philosophy. Journalist and former director of the Press Agency of the Lombardia Regional Government, and responsible for communication of the Italian presidency of the European Alps Macroregion EUSALP. He curated has written many essays on the Renaissance music of Monteverdi's era, on Lombardy theaters in the XVIII century, and on Mozart's travels in Italy.