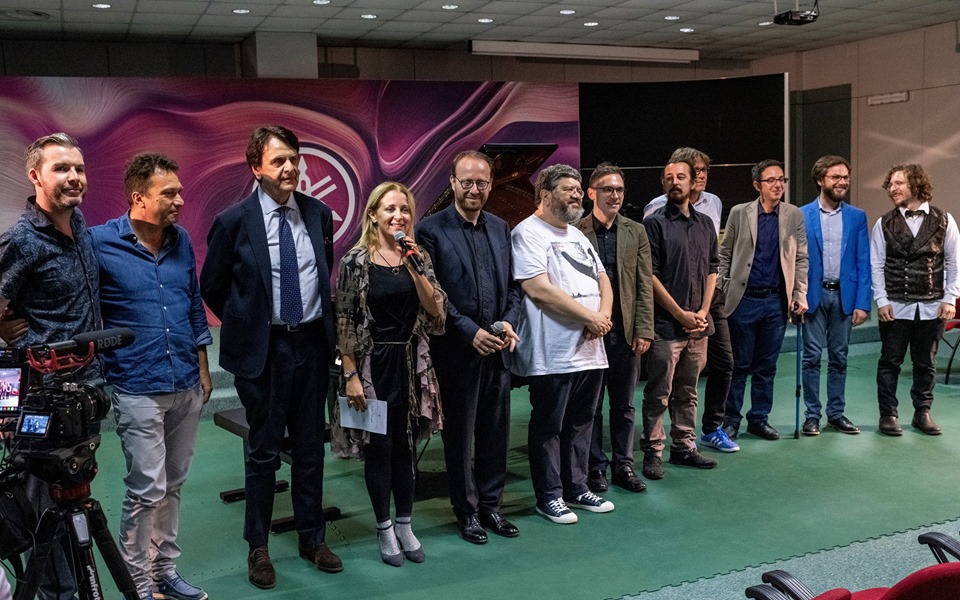 Nagy wins the firts edition of the Disklavier Composers Contest

The Croatian-born composer Zvonimir Stephen Nagy is the winner of the first edition of the Disklavier Composers Contest, thanks to his "Toccare virtualmente". After having listened to the five compositions of the finalists, the jury formed by Paolo Buonvino, Carlo Boccadoro, Stuart Isacoff, Gwilym Simcock and Fabio Vacchi has selected the winner during the final day of Cremona Musica.

In the final event a Yamaha Disklavier piano, which can reproduce autonomously a score or record the performance of the pianist, made the audience listen to these unreleased compositions, written to be played by six, seven, or eight pianists at the same time.

The aim of the competition, organized by Cremona Musica and Yamaha Music Europe - Branch Italy with the collaboration by Edizioni Curci, was inviting all the musicians to fully exploit the potential of these instruments: "This is an instrument at the service of the creativity of musicians and composers," said Giovanni Iannantuoni, Senior Manager Sales Piano Division of Yamaha Music Europe - branch Italy during the ceremony.

Watch the video of the final