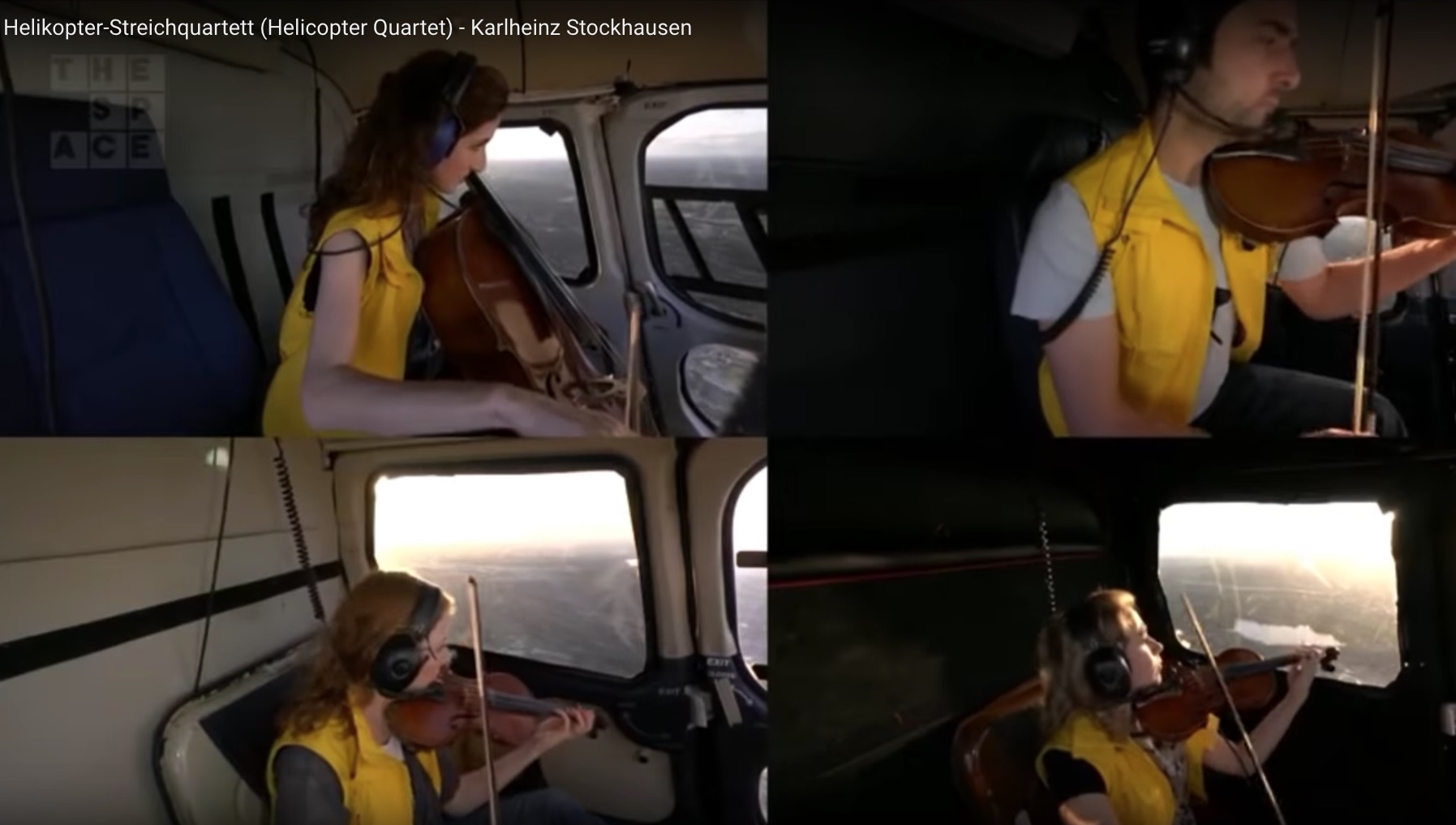 Music can reserve unexpected surprises, such as the string and helicopter quartet (the Helicopter String Quartet), composed in 1993 by Karlheinz Stockhausen: 4 helicopters in flight, with 4 musicians (two violins, a viola and a cello), which they play through headphones. The audience listens to the mix of strings and helicopter blades from the ground!

On the occasion of his seventy-fifth birthday, the famous German composer brought his original work to the prestigious Austrian Music Festival. During the 32 minutes of the "Helicopter String Quartet", 4 helicopters of the Austrian army were transformed into as many musical instruments and their pilots into artists, alongside the musicians.

A concert hall was an hangar at the Salzburg airport, full of local and international personalities, such as Naomi Campell, Prince Albert of Monaco, Niki Lauda. "Everything went as I dreamed of years ago, when I saw four musicians playing in a helicopter, circling in the air," explained Stockhausen. That dream for Stockhausen was like a premonition. "When I woke up - added the German composer - I had the strong feeling that something that I could never have thought, not even in millions of years, had revealed itself to me. Since I did not have time to compose, in reference to that dream, I made notes and drew scenes. So, I developed "Helicopter String Quartet".

However, Stockhausen was not completely satisfied with the performance: "Everything went well - concluded the German musician - only, I was a little annoyed by the buzz of the audience that disturbed the sound of the helicopter engines".