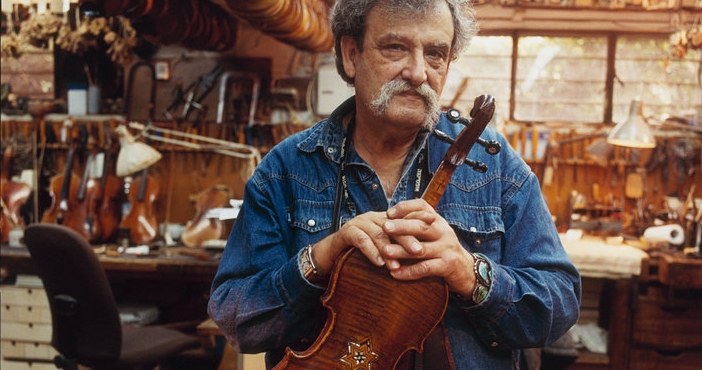 Cremona Musica pays homage to “Violins of Hope” hosting some of the violins of this moving exhibition, that tells the story of the Holocaust through the authentic violins played by the victims. On September 28 these instruments (that will be exhibited from 27 to 29 September) will be played in concert by the Turkish violinist Cihat Askin.

The project “Violins of Hope” recounts not just the history at large, but also the individual stories of the victims of the Holocaust, through the lens of music and violins. In this way, the audience is able to understand the horror of those years, reflecting on the single stories, but also on the value of music and musical instruments for men, especially in a tragic era like that.

The instruments were collected and restored by Amnon Weinstein himself, who is an Israeli luthier graduated at the School of Lutherie of Cremona. “Violins of Hope” has traveled all around the world in these years: the violins have been exhibited and played in many cities of the United States of America, but also in Europe.

During his visit to Cremona Musica, Amnon Weinstein will be the protagonist of a second exhibition, dedicated to the School of Lutherie of Cremona, with the instruments made by Weinstein himself and by the luthiers that studied with him. Cremona Musica is always looking for new collaborations and connections with the other musical institutions of the city, that give Cremona a unique appeal for all music lovers.